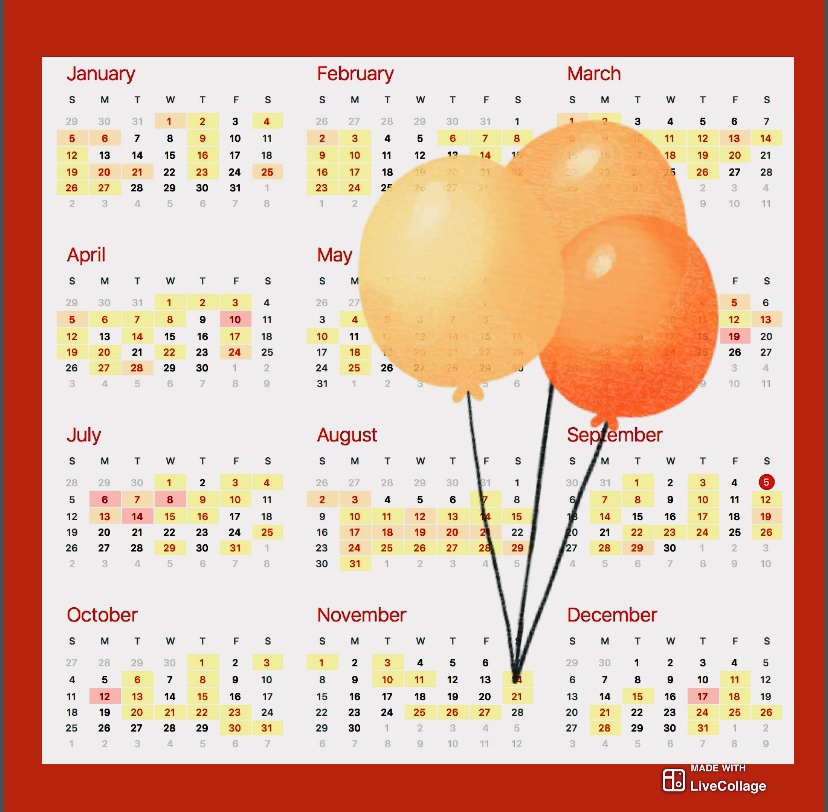 Ken and I forgot our 💍anniversary one year. It was the year of the Joplin tornado, and our anniversary fell during those first days after the storm. There was so much happening 😢in our community, with our family, to our friends- it didn’t even enter our minds. It was mid-summer before we realized that we forgot our May💍 anniversary. You want to know something else that’s pretty crazy? When we thought about it, we couldn’t figure out if it was May 23 or 24.😂 Our own wedding anniversary! We had to pull out the marriage certificate from the velvet box that holds our wedding memorabilia to double-check the date.

It’s funny. We’ve never really celebrated that day. We give 💖heartfelt cards or little 🎁gifts or maybe have a special dinner sometimes. But- for us, it’s always been about all of the days. That one day- that 💍anniversary- has never been our focus. All of the days that brought us to this point are equally important.💯 There have been many beautiful days, a few days that flat-out sucked, several days with lessons learned, but mostly days that I would never change- no matter what.💞

Anniversaries mark the passage of⏳ time. It’s not that simple, though. Anniversaries indicate the times that meant something. They mark the people and the moments that colored our hearts.💝

Anniversaries aren’t always about 😀happiness. Some bring 😢sadness. There are anniversaries that are dreaded just as others are hyped.

There was a tough anniversary in our community this week. 😞It was a year ago that one of our high school football🏈 Eagles passed unexpectedly. This anniversary marked the day that a family lost a son, a twin, a brother.💔 A football team lost a teammate. 💔Countless kids lost a friend. 💔Teachers lost a student.💔 The teenagers knew this day was approaching but they learned through this last year how to handle adversity. They learned to cherish the days because they understood that tomorrow isn’t promised. They learned how to 🙌lift up friends in need. They learned how to carry on while bringing the spirit of that special Eagle along with them. They learned that this anniversary celebrates him- and all the days they had with him.💞 The football team brought his jersey to the Friday night game. The volleyball team took to the court with the now-famous 💓red KRD t-shirt and red🎀 bows in their hair. Kids honored him with a 💓Red Out Day at school and the game. But- I guarantee you- this is not the only day these kids remember their friend. He is in their hearts and on their minds every day.💞

What I’ve learned over the years is that⏰ time changes everything and nothing. When anniversaries roll around- and they do- we can still feel the 🎉joy or the despair of the moment. That’s true. But- we have to see the rest of the stories. We need to remember each day. Every 😂laugh. Those conversations. That loud🌌 night. The quiet 🌄mornings. All of it. It’s not about one day. It’s about all of the 📅days.

My dad passed away over ten years ago. It is unreal that it has been so long. Truly- it is. Many anniversaries of his birthday and his death have come and gone. You know what? While I remember him on those days, there isn’t a day that goes by that I don’t think of him. He is with me every day. 💞Certain things remind me of him. I know what his reactions would be in different situations.✅ I know he’d be on the sidelines of every volleyball game. ✅He would have sat in the audience for every high school play. ✅Whenever our 🐕dog winks at us, we know it’s my dad checking in. Call us crazy but it makes us smile every single time.😉

What if…we remember all of the days? What if we 🎉celebrate every moment? Life is a 🎁gift. The people. The moments. The 😢sadness. The 😀joy. The lessons. The love. It’s all there- not just on anniversaries, but every day. Live it!💖

You know that I 😍love words. There’s power and emotion and vulnerability and humor wrapped up in those jumbles of letters. Phrases stick with us because they speak to us. Words can😂 crack me up, and they can 😢crush me. I’m rarely at a loss for words. Right now, I feel quiet.😌
We lost our furry buddy. 😢Bentley was one of the best parts of our family for the last 12-1/2 years. I've had a couple of mixed breeds, a Doberman Pinscher, a Bearded Collie, & 3 Golden Retrievers.😍
I like to choose 1 word to guide me through the 📆new year. Words to center me. Uplifting words. 🥰I'm choosing a word again this year but I'm going against the grain.
Merry🎄 Christmas! I'm posting a day early because I'm feeling festive! 🥳My holiday will be a little bit of everything. 😍Just the 3 of us for the morning. 😍Family dropping by throughout the day. 😍Zoom chats to open gifts together virtually. How about you? Maybe you're with a big crowd of family & friends. Or your morning started way too early with kids who couldn't wait to see what 🎅🏻Santa brought. You could be celebrating alone. Whatever your day looks like, I hope you're feeling festive.
Dear Santa,
Sometimes- we 👀look at things the wrong way. With holiday sales & wish lists, our 🌎world seems to be about the things we have. 👍🏻Do you know what is equally important? Those things we don't have. 👎🏻

©  Dianne Schramm and sharing the stairs (2015-present) Unauthorized use and/or duplication of this material without express and written permission from this site’s author and/or owner is strictly prohibited. Excerpts and links may be used, provided that full and clear credit is given to Dianne Schramm and sharing the stairs with appropriate and specific direction to the original content.