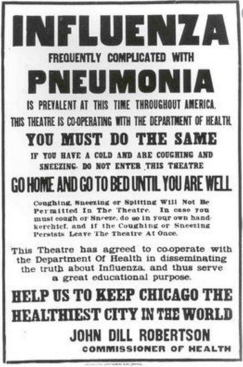 My grandmother’s sister went to a birthday 🎂 party way back in the year 1918. This was the same year as the 😷Spanish Flu pandemic, which killed an estimated 20-50 million people worldwide. As luck would have it, a family member of the 🎂birthday girl had the flu. My grandmother’s sister brought that home- not the 🎉party favor you want to get. Her sister recovered from the flu. Then, her mother caught the flu and😢 died. One week later, her father became ill. He also 😢died. My grandmother was four-years-old.😞

I grew up understanding that 😷diseases that seem common could have significant consequences through the retelling of that story. The remaining siblings were split up around the midwest to relatives who volunteered to take them. My grandmother moved hundreds of miles away to a 🏘town she had never visited to 🏡live with cousins she had never met. By herself! She was FOUR! A simple 🎂birthday party changed my grandmother’s life forever.😞

We didn’t have the benefit of sound 🔬science in 1918. Scientists didn’t understand diseases and transmission and risk factors the way we do now. We are fortunate to live in a time of quality 🔬research and medical professionals with solid knowledge. It’s time to bow to that.

I spent Thursday morning rearranging our weekend plans. Our daughter’s premier 🏐volleyball team was set to play in the Regionals competition with teams from across the Midwest. The information on Wednesday provided some changes in protocol for the games that included no physical contact, such as the typical ✋high-five to other players, and 👋waving at the opposing team from the line at the end of the court rather than slapping hands at the net when the games ended. That changed🌛overnight to the ❌cancellation of the entire event. The poor guy at the hotel said he had fielded over thirty calls to cancel rooms by the time I called to do the same thing. Thanks, Hilton folks, for making that process easy!😀

The remainder of my Thursday consisted of a barrage of 📱texts and emails with more 🔀changes and ❌cancellations. State high school DECA competition in Kansas City- canceled. Disney 🏰World, where our oldest daughter works, closing. (Fortunately, full-time cast members will be 💰paid.) Lesson plans made if 📚school is interrupted following our scheduled Spring Break. Changes in protocol at the senior living apartments where my mother lives. Those are just a few!😳

I hear people 😡grumbling about the chaos happening so quickly around us. I get it. Life as we know it is changing by the ⏳hour. I have groaned, too. However, I also understand that I have to step back and 👀see the big picture. This isn’t about politics because- guess what? Science 🔬doesn’t give a rip about politics. This isn’t about media 📺hype. I’m just as 😬sick of hearing the reports every minute of every day, but I’m equally 😬sick of hearing people say that this is just media hype. There is a fine line between helpful information and hype- and there’s plenty of both out there right now. Follow the facts, not the fear. 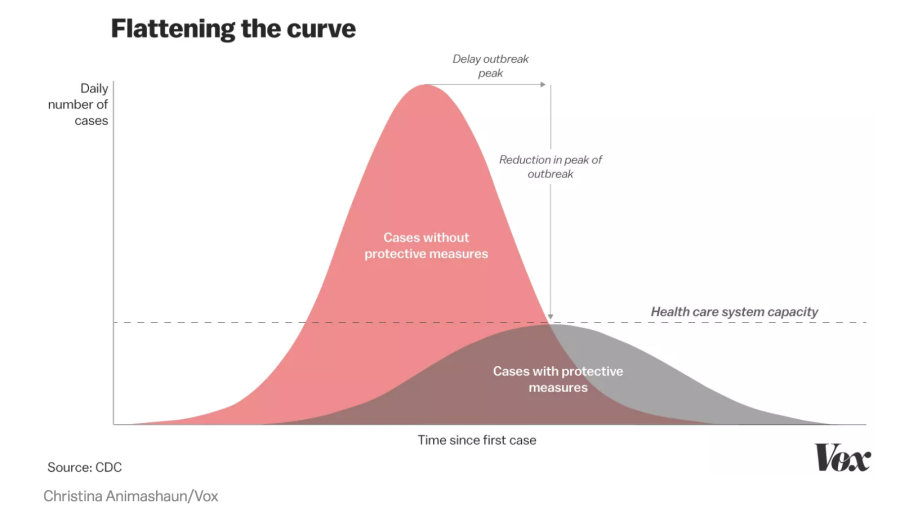 One thing that has made a lot of sense to me is the idea of flattening the curve. I’m not in a major risk category.🌟 My husband and kids aren’t in those categories🌟either, but my mother is.😳 Her friends are at risk.😳 Some of my friends have compromised immune systems.😳People I have never met could become critically ill if they are exposed to this virus.😳 Is it an inconvenience for me to change ↪️up my daily routine and miss out on some events that I was looking forward to? You bet it is. Do I hate that kids are missing out on valuable 💡experiences due to cancellations of school activities? Yep. Do I feel bad for folks who saved for a trip to Disney only to have the Magic🏰 Kingdom closed? Absolutely. Am I worried about my friends who may not be 💰paid for time off? Oh my gosh- YES! Having said all of that, I believe that we have to do whatever it takes to flatten the curve. The 🔬World Health Organization and 🔬Centers for Disease Control have seen enough throughout the world so far to know that this isn’t something to ignore.

Take a minute to 🤔think through this angle. Consider the 💰revenue that businesses and events are losing due to ❌cancellations. These things are not happening because of media📺 hype. These decisions are being made because of 🔬science. The CDC and WHO aren’t playing games with the livelihoods of people around the 🌎world. They aren’t suggesting “social distancing” because it sounds 😎cool. They are using their 🔬scientific information for the basis of their recommendations. Science doesn’t lie. Diseases 🌡don’t discriminate. Germs don’t care if we want to go to a volleyball tournament or a concert.

Are these some strange🔮times? For sure! Am I an expert? 🚫Not even close. I’m not following the hype, though. I’m listening to 🔬science. I’m not 🙊sharing “facts” that I don’t understand or even know of the source. I’m not going to pay big 💰money for hand sanitizer online. I’m going to wash my hands, which is something I’ve always been obsessed with doing (not bragging- it’s part of my OCD!). I’m going to use common sense practices to keep myself and those around me as healthy as I can.

I’m also not hoarding 🚽toilet paper because everyone on Facebook says that I won’t be able to find a roll anywhere soon. Honestly- I don’t understand how the whole 🚽toilet paper thing is connected to coronavirus. We’re afraid of a virus, so we hoard 🚽toilet paper? I don’t get it.🙄

What if…we respected the 🔬science? Knowledge is 💪power, and I’m relying on experts to share information. If we all do our part to flatten the curve, maybe another 4-year-old girl won’t have to grow up without parents, like my grandmother did.💞